I have the Zoya Feel collection for you today..sans Avery. I really fell in love with this collection more so than I thought. The colors are great and very flattering. I'm going to use Zoya descriptions for each color, because honestly I personally stink at describing various shades of gray. :P 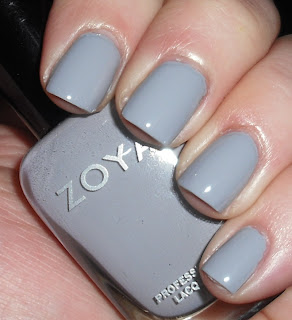 Carey can be best described as a periwinkle gray. 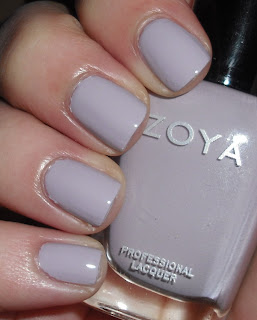 Kendal can be best described as a lavender, beige cream nail polish shade. 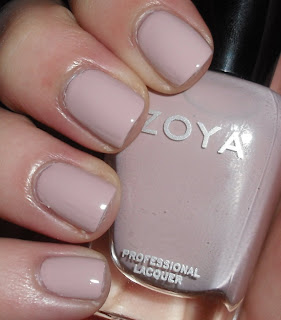 Kennedy can be best described as a full coverage, pale, french beige cream. 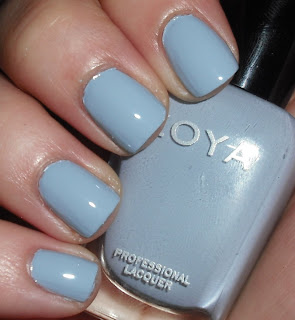 Kristen can be best described as a gull gray nail polish with a mild bluish hue. 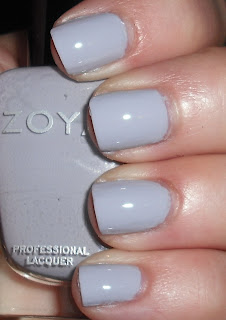 Megan can be best described as a full coverage, taupe gray cream.

These colors are beautiful. I really love them all. If I had to chose I'd say Kristen, Carey and Kennedy are my favorites. If cooler toned skin and have had difficulty finding a nice nude shade, Kennedy will be for you. I absolutely love this color for that reason. I feel like it filled a void in my collection! There are too many warm toned nudes out there :(.

My only issue is the formula. I find I have similar issues with any pale/pastel shades. These are  a bit streaky and uneven. Personally, I think the formula is a tad bit thick and could benefit from some thinner. I think the trick to these is thin coats, and a very steady hand. I notice with colors this light it shows mistakes more, at least for me!