**Warning--some images contain pictures of injuries that may not sit well with the squeamish.

This is the post I have dreaded the most. (Yes, I am a poet and didn't know it.)
Pity Party Time!!!

You know everyone loves to throw themselves a good pity party! Heck I bet Kim Kardashian has a pity party every time her face is not on the cover of a magazine. I bet that girl thinks "Woe is me! That magazine has my sister on the cover!! What am I ever going to do?! Sigh...Take me to McDonald's and get me a Happy Meal!".

Any-hoo, I have somewhat introduced myself in previous posts, but in this one, I will get to the nitty gritty.

My life was perfect. I was a happy newlywed blissfully in love renting a cheap house without a care in the world. Then my husband asks the biggie...no, not which type of frozen pizza tonight, pepperoni or sausage? It would be the sausage because we ate the pepperoni last night, but I digress. I am talking about the REAL biggie question...which also happens to come in a tiny package.

So we decided to buy a house move closer to his job and maybe start a family in a year or two. You know, once everything gets settled in our new house. Ten months later, I have a 9 pound 2 ounce little boy. Then, a year and half later,  a very vocal little sister was born. 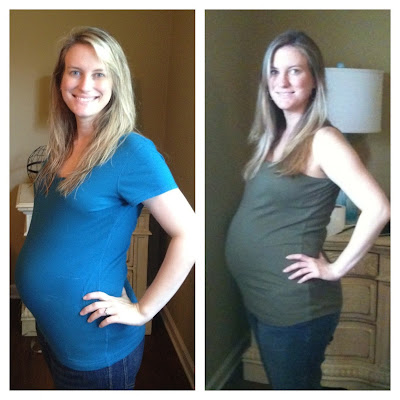 Within two years, I quit my job, get another job, buy a house, have two babies, gain and loose almost a HUNDRED pounds, quit my new job and get a different job...and guess what?!! The real fun has not even started yet. If you thought that was crazy, you have no idea! 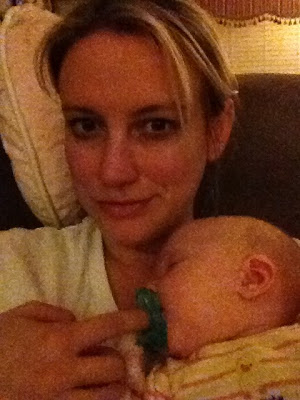 Both of my kids had colic so bad that I thought I was going to go insane. My son would scream nonstop sometimes 16-18 hours a day every day for the first 3 months of his life. Made me question if I wanted that kid much less more kids. So of course, I get pregnant while actively taking birth control. There I was at a new job, with a screaming kid, working nights while dealing with a difficult pregnancy which would produce another difficult screaming kid. Sigh...

Well, life started calming down. Things were actually going great...a little too great. Then on March 7th, the real nightmare happened. I was on my way to pick up my babies and a great song was on the radio. I was singing out loud and actually enjoying my horrible singing. Then without warning, I was upside down. My car had become a roller coaster of twisted metal that I was afraid would be the last ride I ever took. 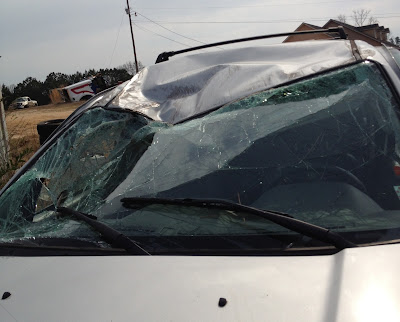 If you have never been blind sided by another car and it causes you to loose all control, let me tell you it really is in slow motion like the movies. Everything slowed down like in the The Matrix. I could see the little things that were in my purse hanging out in mid air. 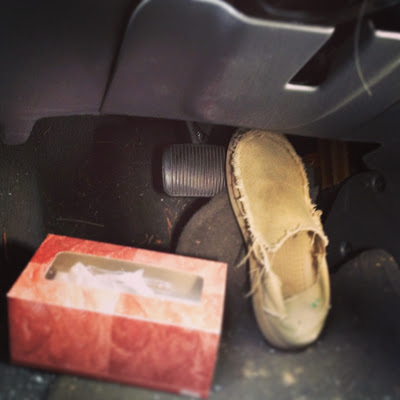 (After flipping 3 times, we went to the salvage yard to get my stuff out of the car, and my shoe was still on the break)

My car flipped 3 times and landed upside down. The fear and anxiety that followed was almost unbearable. I actually wanted to become a hermit and never leave the house. I thought I was going insane.

Then a funny thing happened. I decided to do something for myself to make me happy. Since I like to sparkle like a disco ball, I decided to start painting my nails with glitter. Not just any glitter, I'm talking glitter so in your face that I- would-not-want-to-be-fishing-cuz-I-would-catch-friggin-Jaws-kida-glitt-A!!! 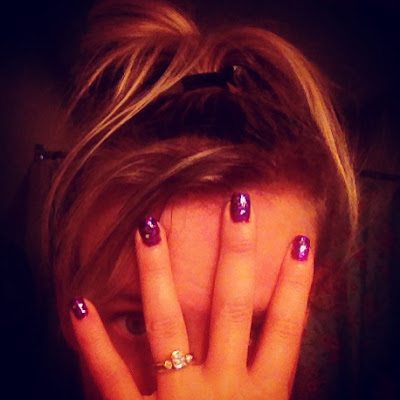 It really helped. I forced my friendship on bloggers and polish makers. I basically gave them no option. Get over it, you will love me, or I will bug you till you do just give up and accept that I'm not going anywhere.

Then, the unthinkable happened again on August 14th. I was on the same highway going to pick up my baby. A lady tried to go across the same intersection without looking and I don't have to tell you what happened. 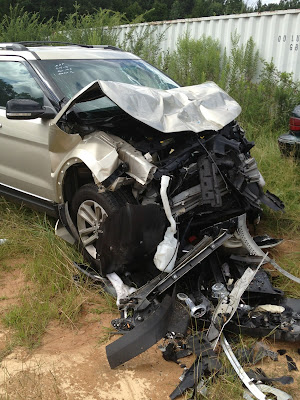 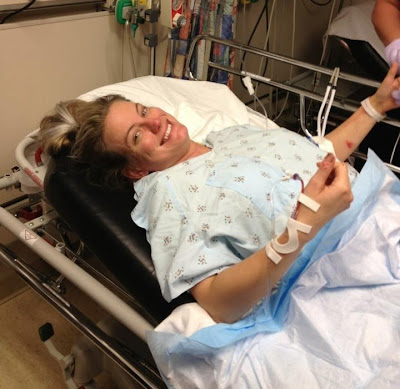 While I am ok, in the past five months I have had 2 totaled cars, 2 concussions, bruised ribs, chest contusion and a very unattractive thumb. 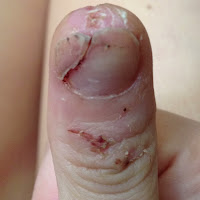 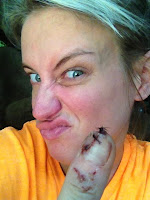 Let's just say I have had better years.
I know this post is long but I am getting to my point, just hang with me.

Through everything I have been through, a huge amount of support and comfort has come from people in the polish community. It really touched my heart by the out pouring of love from people I have never actually met. Thank you so much for just being there to listen to me. 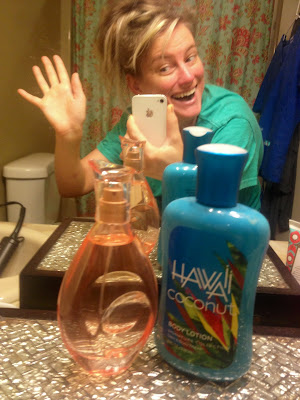 I wish you sweet dreams dear reader. It's nice knowing that even though I will most likely still wake up tired and definitely bruised, I am just happy to wake up :)

With All My Love Sparkle On Reader,
Licia