I need to go to Urban Outfitters more often...well maybe I shouldn't. I've been going weekly lately, because some of my friends wanted some of their holos. Every week I've gone they have a new polish out that wasn't there the week before. What's even better than that is it's always some awesome polish or some polish that seems very familiar to something more expensive. I spotted this polish the other week, and it reminded me a lot of Deborah Lippmann Ray of Light. Is it a dupe? 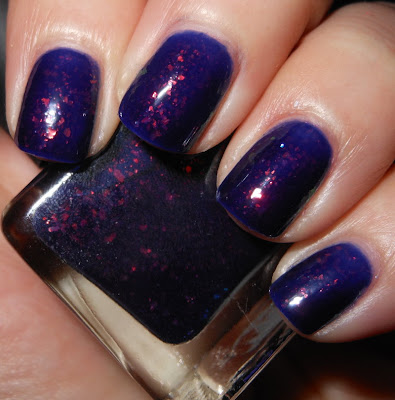 The flakies in the bottle in person look iridescent, however, on the nail and when photographed the iridescent color flash doesn't not really show. The flakies on most all accounts here will look coppery pink. The formula on this was a bit sheer, but buildable. The photograph makes it look more sheer than it does in real life. This is a great deep jelly shade with gorgeous flakies.

Let us now see how it compares to DL Ray of Light: (I'll be using UO to reference Urban Outfitters and DL to reference Deborah Lippmann below.) 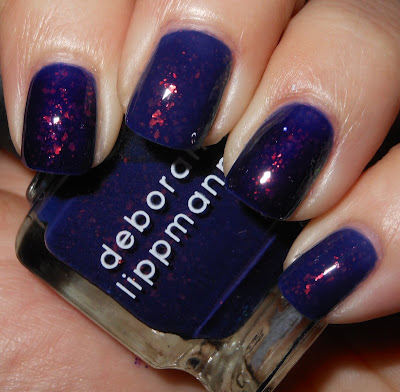 These are not dupes, but they're close. Below I have listed the bullet points of differences and similarities.

If you want something similar to DL Ray of Light, but don't want to pay the DL price I think UO is a good alternative. These are not dupes though, but they are very similar  If you have DL Ray of Light, and you're happy with that I wouldn't say you need UO Mystic unless it appeals to you too. I think if you have the DL already, you will prefer that formula to the UO.