I was really excited when I saw the Essie Encrusted Treasures line released. I will say with the exception of Bulguaria (oy vey, sorry I don't care for it), I really liked this entire collection. One of the colors that stood out to me was Peak of Chic. I've never been a fan of bar glitter, but I'm finding I like small bar glitter. I love how Peak of Chic looked like snow in a bottle, so I had to get it.

This polish took some testing to find a right base for it. You could layer this on your own, but it won't fully cover. I can't stand even the slightest mico sliver of my nail showing through a glitter polish. I found a great base to pair it with which I think really highlights this polish.

Peak of Chic over Zoya Trixie 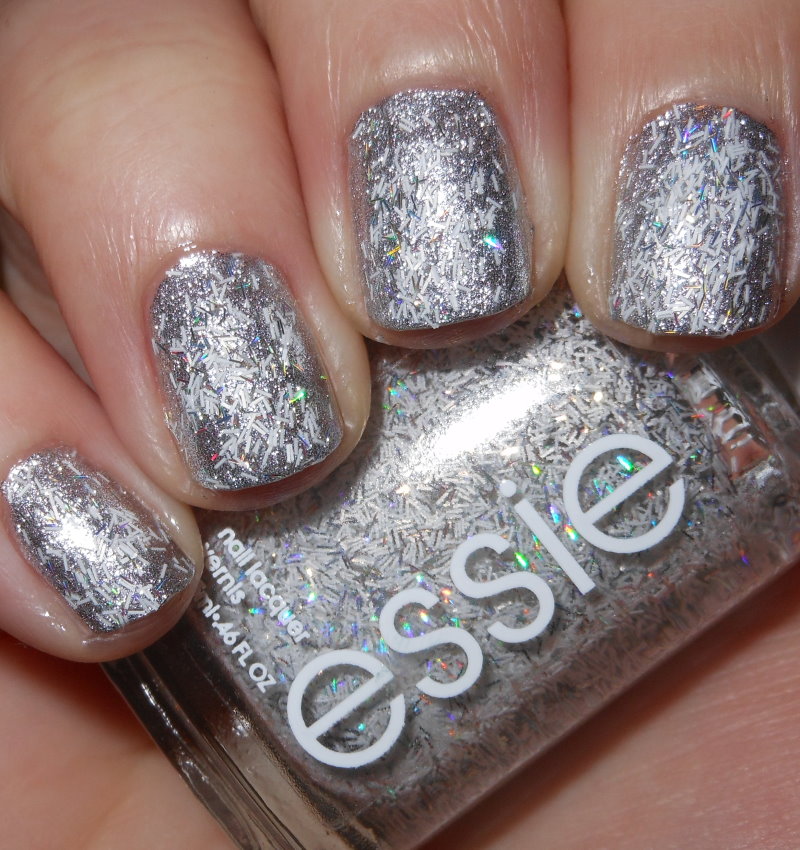 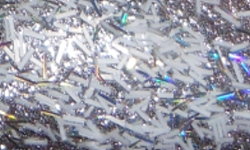 Now, I'll show you my previous attempt using a different base color. 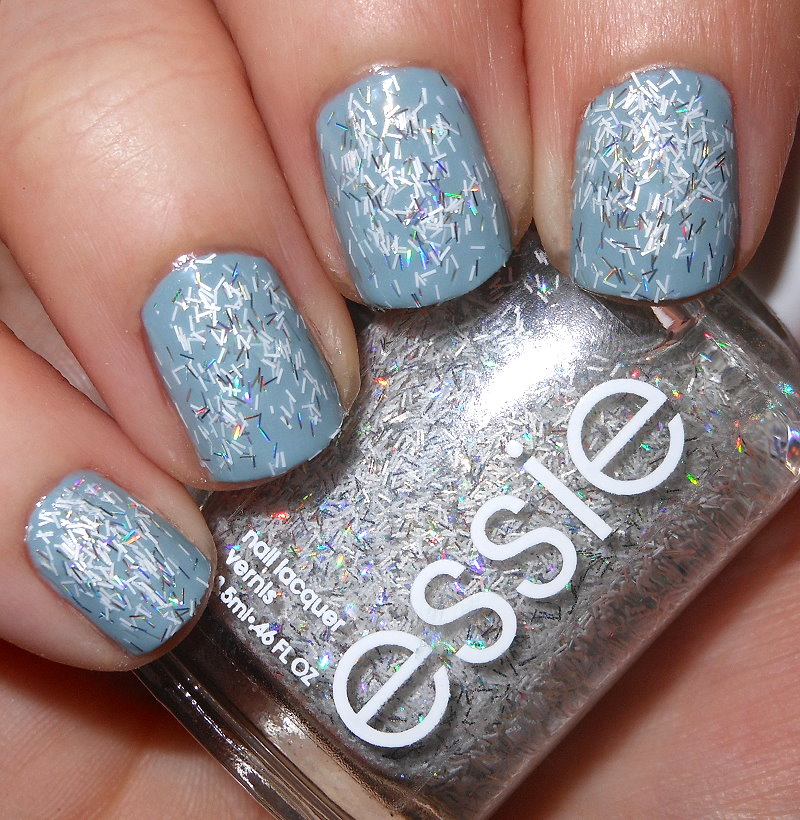 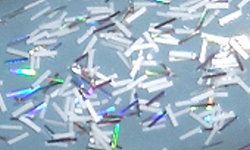 Peak of Chic is a mix of matte white and silver holographic bar glitters in a clear base.

See the difference? I feel like over a plain creme the cool snowy textured look is lost. It's certainly not bad, but it's not as striking. The metallic silver base really brought out the best in Peak of Chic. This base gave Peak of Chic that snowy/icicle effect.

Color: The color combination is pretty self explanatory here. The white and silver are pretty combo, but I think ti's the bar glitter, the mix of matte, and shiny holo, that give this polish its greatness.

Formula: This isn't the easiest of formulas. The bar glitters do somewhat clump together and want to hang off your nail. I used 2 coats in both swatches above. I was able to make it work without too much effort though. Not a deal breaker.

Price: I paid $8.50 for Peak of Chic. I've seen this available at drugstores and Target.

Overall: I love the effect I got with this over the silver base. I think it looks awesome, however, this one of those polishes where the base can make or break you. This isn't one I think you can just layer on anything and it would look good. I'm betting this would look pretty cool over holographic shades and other metallics though. I personally love it even if it's somewhat of a one-trick pony.


My Rating: 4 out of 5 Paint Splatters